My good friend, Pernille Ripp, kicked up some dust, when she asked for feedback about Smartboards. There is a long-standing debate about the value of Interactive White Boards (IWBs) around the blogosphere and Twitterverse.

Ripp was on a fact-finding mission, since a Smartboard was deposited into her classroom, even though she didn't ask for it. Soon, her quest for information turned into quite a heated debate between those for and against Smartboards.

I usually avoid the IWB argument, the same way I do politics. (I just figure you can't convince people with staunch beliefs on certain subjects to chnge.) I did weigh in on Ripp's post, mainly because I admire her as a colleague and she asked for feedback.

Pulled into the tornado
It wasn't long before the debate spilled into my Twitter stream, and another educator I greatly admire, Lisa Nielsen, shared her hardline opinion that Smartboards are, in effect, useless.

Since Lisa and I have conversed on IWBs in the past, I was not immediately compelled to respond. After a few tweets, though, I found myself so intrigued by the debate that I scurried off to this blog, so I'd have more than 140 characters to share my opinion.

Thoughts on IWBs
It's important to note that I have a Smartboard. I got it five years ago with federal funds that were supplied by my district. In all honesty, back then I wasn't informed enough to ask that the money be spent on laptops or netbooks which, admittedly, would have been much more useful.

Like Nielsen and many of my peers, I believe that any IWB is a waste of money. I would always recommend anything that gets the classroom closer to a 1:1 computer/student ratio. It's better to have all students interacting than one at a time.

In all fairness to people like me, who already have an IWB or are told they will be given one at no choice of their own, like Pernille Ripp was, it's important to make the best use of what you have. Many educators who constantly bash the use of IWBs contend that they make bad teachers. This might be true, but it might be untrue; it depends on the teacher.

Innovative educators can inspire learning with a toothbrush and a rock. Conversely, some teachers could have access to a space shuttle and make students feel like they are watching paint dry.

Summarizing
I think classrooms need to go digital as quickly as possible. The best way is through mobile learning, iPads, Web 2.0, social media and anything that gets kids to love learning. Do I recommend spending $2,500 on a Smartboard? No.

But if one is dropped in your lap, turn that sucker on and make the most of it.
By Unknown 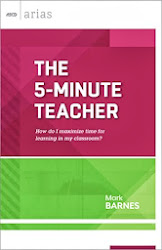 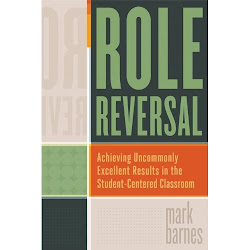